I am really enjoying blogging. I had actually set out to write a book recently with the same title as this blog. Ok it was 7 good excuses, but still, I have always wanted to write. Maybe I still will. I mean a physical dead-tree version book that you can put on the shelf. But let’s just wait and see. Blogging is a good middle ground as I prepare to write a book, that is, if I will end up writing it. I have felt like it is a bit like running a radio station. You are just speaking into the microphone and hoping that there are people out there tuned in. No wonder radio stations always ask people to call or text in, I think it is good for them to know that they are talking to someone out there. With this blog, I can check my statistics and know with certainty how many times it has been opened. But unless I get comments from you, there is no other way of knowing if people are actually reading. So feel free woiye! to leave a comment. I would also be very grateful if you could use the share buttons at the end of each article to share the links to these posts on Facebook or twitter.

I have just over 400 friends on Facebook, every once in a while I go through that list of friends to know whether these are friendships that are active online. Sometimes I remove friends because they are not active, they don’t comment, like or do anything about what I post on my status. Ok, some poke me too much! Some just do not update their status. You could check their status and wonder, aiii, this guy has been in traffic, hungry, upset or whatever they were, for more than a month! These are the people I usually remove. I meet a lot of people who say they really enjoy my status updates. But they never comment. I consider my Facebook page personal and would even struggle to accept friendship requests from people I do not know personally. This may of course change a bit because of this blog.

These first few posts have been stories I have had on my mind that I wanted to get out of the way before we start getting into really deep issues that would have been the substance of the book. These stories, I would say have been turning points in my life. Some of them happened a very long time ago but they are still quite fresh in my mind.

Anyway, on to today’s story.

In 1997 I married the love of my life. We had dated for about 3 years. I had also started a small IT firm. Work was not forthcoming and many times I relied on referrals from friends. There were no cellphones, no email (at least not for small businesses operating from home), no internet. Most communication would happen through snail-mail and the completely unreliable landlines from the then Kenya Posts and Telecommunications Ltd. We lived in a small one bedroomed house in Eastleigh section 3, a not-so-posh area of the city of Nairobi. Our rent was a whole Kshs. 3,500 and I remember almost having a heart-attack when this was reviewed upwards to Kshs. 3,800. I worked from home and relied heavily on the landline and had to make sure I was home most of the time so as not to miss any phone call. I drove an Isuzu Uhuru vehicle that I had managed to get my dad to allow his former employer to sell to me on very reasonable terms. It was not all that but it was a good car. The main problem is that I felt it consumed a bit too much. Of course when you think of how fuel prices have gone, those were the good old days! Another problem is that, typical at the time to houses in that area, there were very few parking spots. In fact for our place, there was only one parking spot for four houses. If unfortunately we got home late and found the parking spot taken, I would have to go to one of the pubs nearby and negotiate with the watchmen to take care of the car for the night.

In August I got a client who was running a forex bureau in town. They had a few problems with their computers and printers and needed someone to sort them out for them. I was glad to do so. Now, IT support was very different those days. Viruses were not a big deal at all. In fact if you got antivirus updates once every two months or so you were ok unlike today where most antivirus software updates itself automatically once or twice a day. In those days, I would have to talk to my friends who were working for big companies to ‘channel’ for me a floppy disk with the latest updates. This client also had a printer that he needed to revive. It was a Canon BJC 200. It had stopped working. I found that the previous IT guy had ‘channeled’ a power cable for it and I had to get a new one. After getting that cable and confirming that it was powering, I asked the client for drivers to install it. He told me that he never had them as he did not get this printer from the shop.He had got it as a gift from his sister who was now in the UK (or some weird explanation like that). So basically I had to find the drivers from somewhere. Now if you know anything about printers, even if just those in Kenya, you will realize this is a very rare printer and it was going to be a very difficult task to find drivers for it. I even contacted a company called Vanguard who were the Canon dealers in the country. They told me that this printer was rarely sold in this region and they would have to contact their main suppliers either in the UK or Japan to ask them to send the drivers for that printer.

Now if you read my previous posts like this one or this one, I believe that God has a wonderful plan for my life and many times He does miraculous things that only He can do. One day I went to visit my brother at his office in Hurlingham. After spending a few minutes in his office, just before I left, a lady who was living in the apartment opposite my brother’s office came and asked for help with her printer. I went into her house and she must have been shocked at my reaction when I saw her printer. It was a Canon BJC 200! She just needed to have it installed and she had the drivers. I told her I would do it for free if she could allow me to make a copy of the drivers. As I left Hurlingham I was just amazed at how God had worked this out. I rushed to my client’s office and set up his printer. He was simply amazed.

The next day I billed him Kshs. 8,000. When I placed my invoice on his desk he looked at it and burst out laughing. “Young man, what is this? How can you bill me this much? If I knew you were going to bill me all this money I would never have agreed for you to do this work for me. It is too much. Can you explain how you have arrived at this amount?”

I don’t know whether you have ever had this feeling. Something in your stomach gives way. You get dizzy and you can feel heart palpitations coming along. Some people feel this when it dawns on them that the 4m they put in a pyramid scheme is gone. Others feel it when they are sentenced to life imprisonment when they are only 18. Others feel it when they are told that they have several weeks left to live. You feel you have come to the end. For me, it became clear that I may never see this money, it was the last week of the month, all bills were due at the end of that week. My car outside had been showing the ‘thirsty’ fuel light most of the day. In my mind I was seeing how by the end of the week all our earthly possessions are going to be in a not-so-neat pile outside our ka-house. Wondering how we will be pleading with our neighbour to at least let us have a shower in their house while we try to find alternative accommodation towards the Mathare area.

“Sir, let me explain”, I pleaded. “Of this Kshs. 8,000 I have invoiced you, Kshs. 4,000 is from a previous invoice I gave you last month and you did not pay, Kshs. 2,000 is for things that I bought including the power cable for your printer and I have attached the receipts. So when you think about it, for all this work I am only charging you Kshs. 2,000”

“Still”, he insisted, “that is too much money, I cannot pay you all that”.

I think I am very poor in negotiating because after a few minutes, I was almost on my knees pleading to be refunded at least only the Kshs. 2,000 I had spent. The guy refused to pay even that. Imagine! Finally, I uttered those words part of which forms the title of this story

“Sawa sir, you can keep your money. But I can assure you that the God whom I serve, will see to it that me and my family do not starve”, I said tearfully as I walked to the car.

I sat in the car. I tried to pray but all I could manage is “God, I am sure you have heard what I said in there. I said you would take care of us. Haya basi, kazi kwako (ok now, it’s up to you).

The next morning I dropped my wife at her workplace and went back to the house. I had barely slept. When I got back to the house, I went into the bedroom and attempted a prayer again. I was kneeling next to the bed, “God, you know I don’t do those long overnight prayers. Here is the deal, if my wife and I cannot rely on you to provide for us, YOU tell me what we are going to do. Amen”. Without getting up from my knees, I removed my wristwatch and put it on the bed and started waiting on the Lord, literally.

I kid you not, seven minutes later, the phone rang. It was a gentleman I had met in March and had offered to computerize his business operations. He said he had been looking for me since May. Apparently he had flown to Dubai in May, bought computers and said that only I would unpack then and set them up. He said that all the time he had called there was no response (I didn’t have a secretary or an answering machine). He said that he was now calling for the final time, after which he was going to look for someone else. Of course I assured him that I would be there in a few minutes. To cut a long story short (a bit too late I think!) By the end of that week, I had in my hand a cheque for Kshs. 64,000. (8 x 8,000). This is far more than the guy at the forex bureau had refused to pay me. 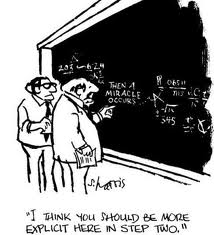 My friends God is faithful, God is amazing. Ephesians 3:20 says He “…is able to do immeasurably more than all we ask or imagine…”

45 responses to “Sawa sir, you keep your money…”